There's lots to tell you about since our last blog. The most immediate issue to address is the changes in Blog Format. Beginning in February, we are moving the blog to a weekly format. The main reason for the change is to allow me to do the other work needed to keep Takamo Universe moving forward. That includes my work with the online game development team, editing and publishing additional books and working with designers and other artists on new ship designs and art.

In addition to the frequency change, we will break the blog into three sections; a serial fiction piece, written by one of our authors;  a current events section detailing what is going on with game, art, and book development; and finally, a backstory section containing the usual boring historical tidbits from me.

For the remainder of January, blog frequency will be intermittent but at least weekly. Now on to today's offering! 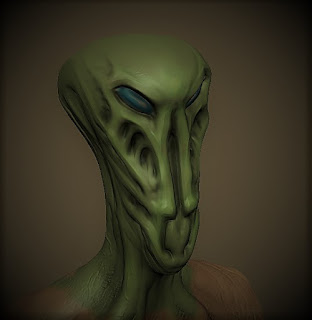 The Rutak Empire maintained a huge "army" or Ground Forces in active service. Numbering some two quadrillion officers and enlisted personnel, the Rutak Ground Forces were about three times the size of the Terran Republic Army. In addition to size, the Rutak ground forces also were noted for modern, high-firepower weapons.

Despite the growth of the Rutak Strategic Orbital Jump Forces and the Stellar Navy, the Rutak leadership still considered the Ground Forces to be of major importance to empire security and other goals of the Rutak state. Those goals were to be accomplished by direct use of military power and by more subtle means as well. The latter was described by an official of the Terran Republic in these terms: 'The most prevalent alien threats now are not massive military invasions, but a more subtle mix of military, psychological, and political pressures."

The Rutak Army existed to support the goals of the Rutak state and, in the context of interstellar hegemony, hostile to the goals of most Rimward empires.

"The Rutak Army is a force which, no matter where you turn, will always be to your front."

"The Rutak, accustomed to mountains of casualties, will view such losses with relative calm."

“The key to Rutak behavior is imperial interest."

The form of Rutak military power changed continuously through the periods of Rutak monarchs and Rutak autocrats. Still, certain constants could be seen throughout the development of the armed forces. The Rutak empire was influenced by the vastness of its territory and the hostile empires on its northern and eastern borders.

The Rutak Empire started as a group of small feudal stellar empires. With growth and the consolidation of political power came the need to defend newly won territories. The first ruler to take the title of emperor, Ivra, developed a form of palace guard in the late 1100s called the Tanzi. These were regiments of heavy infantry whose sole mission was to defend the ruler.

In the early 1200s, Emperor Tero created the first standing imperial army, based in part on Rimward military concepts. He provided for conscription and a form of universal military service. Replacing the old system of promotion according to lineage, Tero instituted a form of merit promotions for all ranks. Tero also knew the importance of developing a broad base of industrial support for the new Rutak military forces. Tero's new army was tested in the Northeast War (1244-1281) when his troops defeated the well-trained, well-equipped army of Emperor Sheresh of the Kitanai.

Marshal Avi Vulesan was not only a great Rutak admiral but ranks as one of the great admirals in history. He defeated some Naplian admirals in Northern Attel (1833-1841) and wrote one of the best early books on Rutak military science, The Call to Victory. Marshal Covanar, one of his pupils, soundly defeated Audrian forces after the Audrians invaded the Rutak Empire in the 23rd century.

The Rutak Empire invaded Kitanai in 2214 in an announced attempt to secure the Rutak northeastern frontier from possible Audrian invasion. In this preview of the 1st Audrian War, the armed forces of the Rutak Empire displayed serious weaknesses in military leadership, tactics, use of equipment and discipline. Only by sheer weight of numbers was the Rutak Empire able to force Kitanai to cede strategic territory.

Audria, fearing an impending Rutak invasion, declared war and attacked the Rutak Empire in 2220. There were massive attacks on significant population and industrial centers such as Ressavi and Spertha trade hubs, and into south Spertha (the "bread basket" of the Rutak Empire).

The Rutak retreated trading space for time and took up defensive lines. They held for over sixty years, through 2281, after which their counter-offensive began. During those years, the Rutak Empire had lost enormous quantities of troops, material, and territory. Entire industries were evacuated and transported north of the Tredalka Trade Hub in an attempt to salvage war-making potential.

By 2285, the Rutak war industry had made the shift to full production of war machines. This production allowed the Rutak to mount the counter-offensive which was begun in early 2287. Rutak successes in the counter-offensive were aided by Audria’s blind insistence on continuing attacks on isolated starsystems, squandering vitally needed military forces. The Audrian High Command continued the assault of Dreffa’s Star mostly because the starsystem bore President Dreffa's name. The better military move would have been to by-pass Dreffa’s Star and strike the rear areas and Rutak serjaum reserves. Instead, an entire Audrian army battered itself to death against the Rutak defenders in Dreffa’s Star during the opening years of the Rutak counter-offensive. The Audrians suffered some 300 million troops killed or captured at Dreffa’s Star and lost millions of weapons. After Dreffa’s Star, the Rutak military machine maintained its impetus and the ultimate defeat of Audria’s armies was inevitable.

The central series of battles after Dreffa’s Star took place in the area of Southern Spertha. In history's largest starship battle, which lasted almost two years, the Audrians lost 1.5 million starships, 150,000 metatank units, 30,000 bombard vessels, and more than 37 million aircraft. Rutak losses were massive, but after the fighting in Southern Spertha, the Rutak pressed north, relentlessly grinding down the Audrians.

The Rutak stellar navy began a massive offensive in 2301 that continuously pushed back the Audrians. Democratic soldiers entered Audria proper 2325, and fighting continued until 2331 when the aging Audrian Emperor Romas Fresta, superseded the orders of the Audrian High Command and personally took over command of Audrian forces. Admiral Debavit, the Audrian commander in chief, committed suicide rather than face arrest and the remaining members of the Audrian High Command resigned or were arrested.

The Northern War was over.