This year has been a busy one for the publishing arm of Takamo Universe. I'm happy to tell you that we have a boatload of novels, novellas and anthologies published and even more in production. Here are three of the books available as well as a preview of things to come.

The first book, Empire's Rift, is the key tale in the Takamo Universe saga. It introduces readers to the pivotal moment in the history of the galaxy that triggers the ultimate doom of civilization. 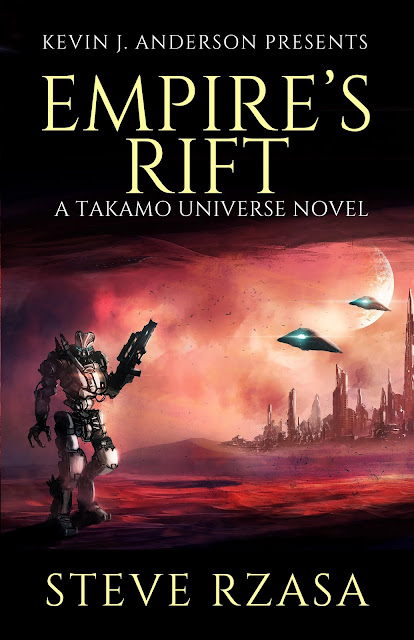 The Naplian Empire’s war of expansion against the Grand Alliance has taken a turn for the worse. With vital serjaum fuel reserves wiped out by a surprise attack, Admiral Daviont of the III Corps makes a long, desperate journey to the fringes of Terran space for a massive undeveloped source of serjaum—the Baedecker Star System. But his action does not go unnoticed. Their mortal enemies, the Briddarri, send their own task force to intercept.


At Baedecker Four, starfighter pilot and governor’s son Taggart “Tag” Wester has his hands full steering clear of his wing commander’s wrath. When an emergency call unearths a dangerous foe from the past, he’s put to a test unlike any he’s ever face—one of courage, and leadership. Elden Selva is on a mission to restore power to the defeated Northern Alliance, by retrieving the remains of Truppen cybernetic soldiers. What he finds is far more than he anticipated, and the ensuing conflict changes both him and the woman he loves.The invaders and defenders collide in a struggle that will not only shape their lives, but have dire consequences for the entire galaxy.

Strife's Cost is the sequel to Empire's Rift and the second volume of a planned trilogy that features Tag and Marney Wester, Elden Selva, and other familiar characters as the war between Naplia and the Grand Alliance heats up. 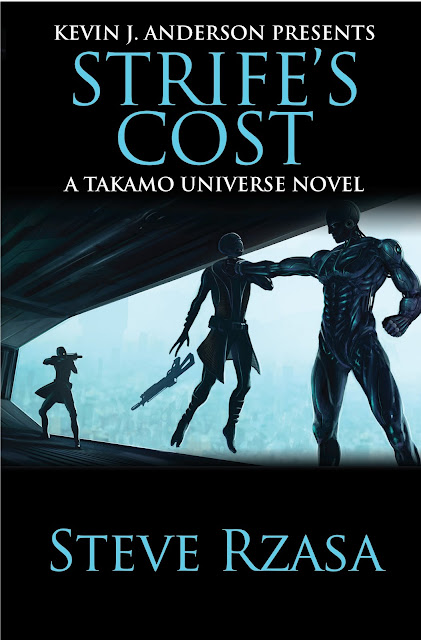 It has been three years since the Naplian Empire invaded Terran space in a desperate gamble to secure serjaum fuel reserves. They conquered the Baedecker Star System, but not without making a dangerous new enemy.


Squadron leader Taggart “Tag” Wester is neck deep in battles across the Great Desert Rift when Terran Intelligence drafts him for a vital secret mission. But he’ll only succeed if he can put aside his prejudices and learn to trust the least likely allies.

Lira Lin Reen’s career as renowned thief has come to an abrupt halt. Her only way out is to play both sides of Tag’s mission, with more than a payday in the balance.

Elden Selva has come to terms with his new existence as a Truppen cyborg. What he can’t figure is why his warriors are disappearing. Someone isn’t telling him the truth—and worse, he isn’t the only one. With Terran forces drawn deeper into war and intrigue, their actions could spell the doom of millions.

FOR GOD AND MARS

This is an anthology of four short stories that occur during the early years of the Ammanian expansion on Mars. The events on Mars will lead to the diaspora of the Ammanian people and the ultimate rise of the Aparatic church and the Northern Alliance. 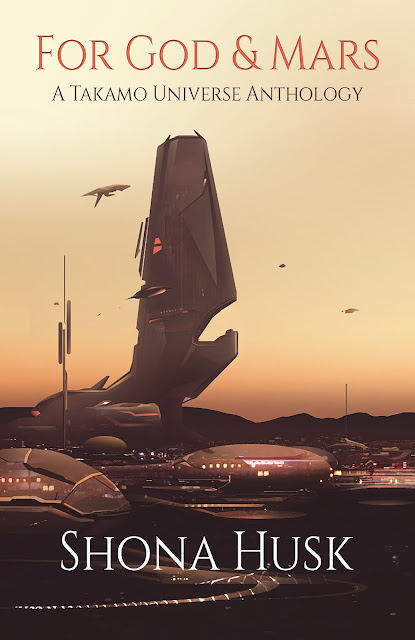 This is the start of the story of Mars, of a planet peopled by humans,

and yet not Earth...

With the Martian government putting pressure on the Ammanian eastern provinces, civil leader Eshe Tordis faces a tough battle convincing her people to fight back. As her community splits into warring factions, she finds that her greatest enemies may be those standing behind her.

Alic Ollsen is an Ammanian in Terran clothing. To pursue his dream of being a terraformer, he had to give up all trace of his Ammanian beliefs. But when he’s asked to help the Ammanians win the war against the Martian government, he finds himself caught between faith and career...life and death...right and wrong.

The wounds from the first Martian war haven’t yet healed and Isak Morven’s parents—Terran in thought and belief—hold everything Ammanian in disdain. He knows they barely tolerate his mingling with the despised victors of the war but, until he decides to marry his Ammanian girlfriend, even Isak himself isn’t aware of how deep his parents’ hatred runs.

Ryne Morven has been fighting against Ammanian rule his entire life. When Earth forces invade the red planet to take back control, Ryne is exultant. Joining the rebels against the Ammanians, he can’t wait to shove his brother Isak’s nose in it, but when the war finally ends, will the price paid by the Morven family be worth it?