Terran Armor at Baedecker in 2678 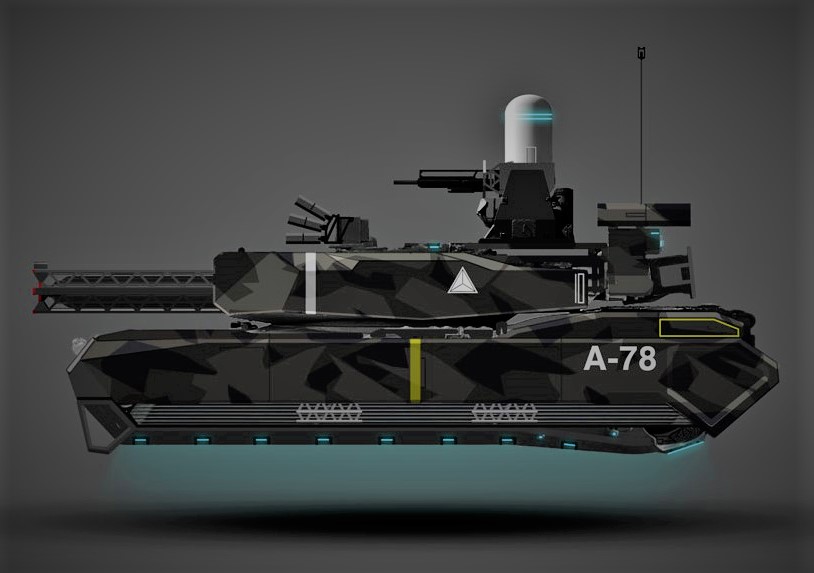 "Are we ready boys and girls?"   A dozen hover-tanks and piles of troops were gathered there... General T.J. Wood, Baedecker-4, 2678 Empire's Rift, Chpt. 19 by Steve Rzasa TERRAN ARMORED VEHICLES 2678 The vehicles below made up the bulk of the Terran fighting vehicles at Baedecker-4 M28 Cheetah Main Battle Tank (MBT)    The Cheetah was the only type of MBT on Baedecker-4 during the Naplian invasion. They were rated for terrestrial operation. Most of the Terran tanks at Baedecker were part of the 65th Armored Division, the 'Texans.' They were not as nimble as Naplian walkers, but they were faster. They performed adequately in short to medium range encounters, but the 90mm railgun at long range could knock out a Naplian walker before it could get into killing range. Four variants were present on Baedecker-4. A company of M28R recovery vehicles as attached to the 65th General Wood's HQ. Two anti-aircraft companies of M28As w
Post a Comment
Read more
More posts