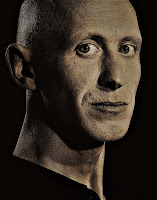 Lei Ramla Bolin Ramla    Since the poisoning of their father in the mid-2600's the Ramla twins, Lei and Bolin, have been the chair and vice chair of Stelltron's executive board. It is a closely held corporation and owned entirely by the Ramla family.  Aside from a few relatives and the other executive board members who own less than one percent of the company, which makes them fabulously wealthy and powerful, the stock of the most celebrated trade house in the galaxy is held entirely by the twins.    Trade Hubs are either massive space stations or whole worlds devoted to nothing but interstellar trade. They are a rarity in the galaxy, and only the most potent trade houses or empires possess one. There are twenty-six in the entire galaxy Stelltron owns four and has Associate Privileges on nine more. The central Trade Hub and the headquarters of Stelltron are at Buchlan Fells in the territories governed by the comp
Post a Comment
Read more
More posts