The Bug Robber of Soelian-Twa 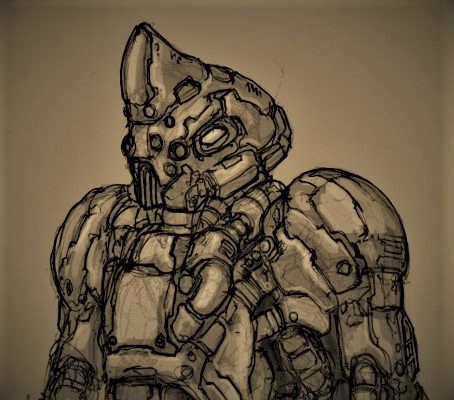 Sketch of Mar'vok in full battle kit Mar’vok Ro Hedpeth The Bug Robber of Soelian-Twa     M ar’vok Ro Hedpeth, aka the Bug Robber or Lady Death, was a famous fast draw specialist. Born on the colony world, Klutchtik-4, in the Soelian-Twa empire in 2759, she was raised by a family of Lanthanide miners who made a modest living harvesting rare minerals. As a miner, Mar'vok learned to pilot a spaceship, navigate the stars, and fix almost anything because buying new was seldom an option for her family. She learned how to defend herself as well. Living in the hardscrabble mining conglomerates meant that many there thought that obeying the law was optional. Dodging gangs and defending herself was just a day in the 'habitat Rings' for a young female like her. Her first kill was at the age of thirteen when she was cornered by a gang of arthropods out for fun. Mar’vok killed their leader and crippled two others before they retreated. When violence was called for, Mar
Post a Comment
Read more
More posts