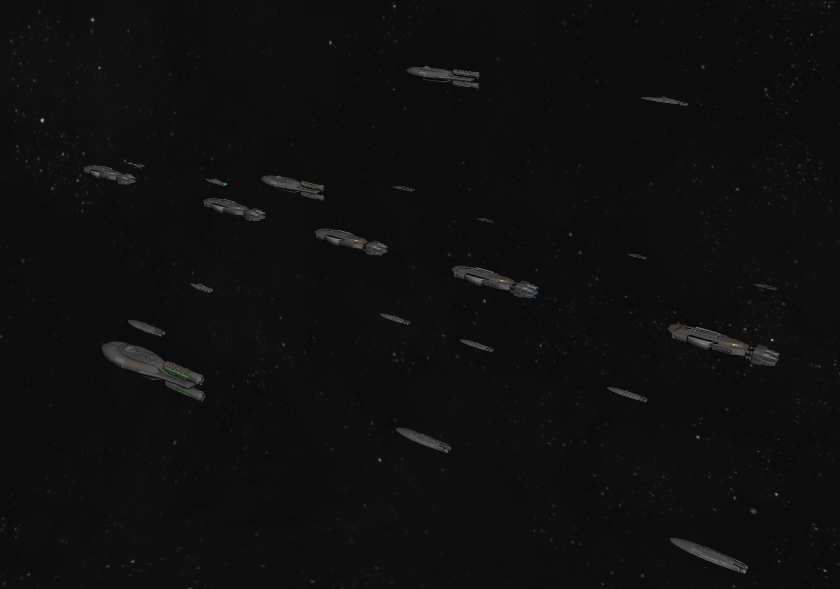 Warships of  the Terran 54th Fleet operating west of New Charleroi starsystem  in June, 2692 Terran Northwestern Frontier 2692 The Battle of New Charleroi was one of the critical battles on the Terran Northwestern Frontier in 2692, and one of the early Naplian victories. The action was fought between the Terran 54th Fleet, advancing northwest to the Bresam Drift, and the Naplian 22nd and 43rd Naval Corps, moving southeast through the Geliam Nebula. New Charleroi itself was a twelve planet starsystem situated along the eastern face of the Geliam Nebula. Terra's newly devised strategic plan for the region, designated “Case Fifteen,” determined that the Terran 54th Fleet should join the Terran Third and Fourth Fleets in reinforcing Audria via the Great Desert Rift. This however assumed that Naplia would not attempt an invasion of Terra further north, i.e., through the Union of Planets. While vice admiral Bejide Agbaje, 54th Fleet commander, believed this a distinct poss
Post a Comment
Read more
More posts