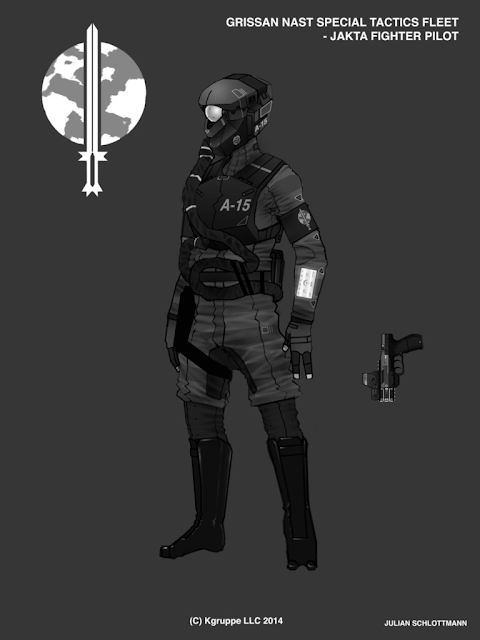 NAPLIAN STARFIGHTER SERVICE The Naplian starfighter service is the "Grissan Nast." The branch encompasses all types of combat starcraft from fighters to bombers to recon craft whether based on a starship or on a planet. A squadron is called a Jakta. The Naplian Grissan Nast was reorganized soon after the rise of the Ffawe emperors, Bonate and Benaltep. It was formed after the passing of the "Law To Reconstruct the Imperial Forces." The decree brought back into existence a free-standing Naplian army, interstellar navy, and starfighter force. Although technically still in existence, the various arms of the empire had fractured and been absorbed by the three opposing factions of the civil war that broke out at the end of the First Audrian War. With the end of The First Audrian War, Imperial Naplia was allowed only a small defensive military force. The size and composition of that force were set forth by the Grand Alliance to prevent future Naplian aggr
Post a Comment
Read more
More posts