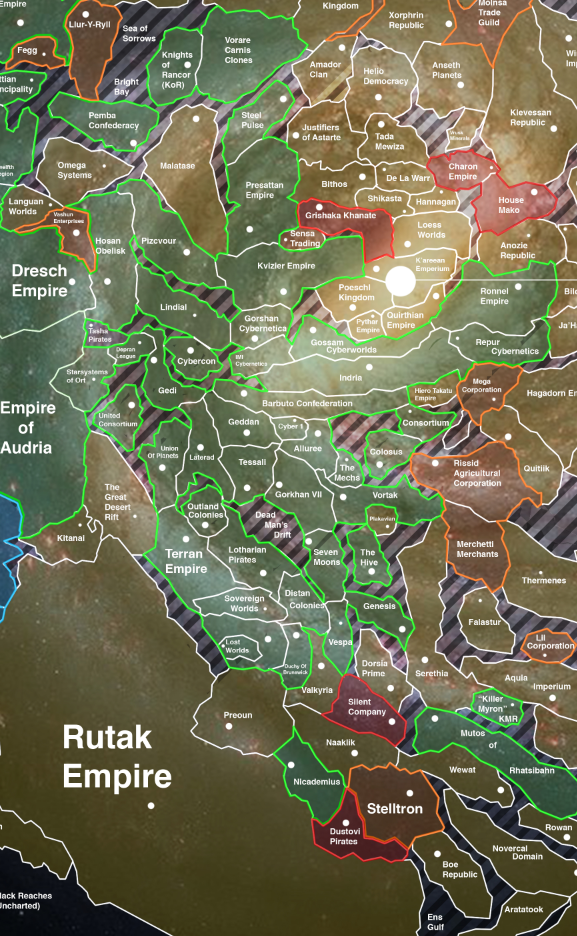 Grand Alliance Empires and Cyber Reserves (shown in bright green) Sacrifice "The sacrifice of the few is the salvation of all."  That was the rationale of Grand Alliance empires for the destruction of millions of inhabited worlds. It was first voiced by the Briddarri and after two centuries of relentless war, became the mantra of the alliance. The various cyborg production corporations that formed to do the deed were well aware of the cost in lives and integrity, but the overarching need for survival soothed their consciences, and the incalculable amount of revenue that would be gained, purged the shame from their souls.  Salvation Twelfth Legion The Briddarri secretly began research and marginally successful testing of cyborg technology soon after the Naplian invasion of the Baedecker starcluster in 2678. They designated the force of cyborgs they created as the Twelfth Legion. It was loosely based on Truppen technology collected after the retrea
Post a Comment
Read more
More posts