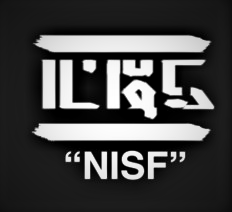 NAPLIAN IMPERIAL SECURITY FORCE (NISF) The NISF were the state police of the Naplian Empire. There were three main branches within the NISF with some external organizations. SANWEI The SANWEI were the uniformed police of the empire. They worked routine police patrols, enforcement, and criminal investigations. They were also court security. Limited anti-partisan operations were often detailed to the Sanwei. The Sanwei encompassed virtually all of Imperial Naplia's law-enforcement and emergency response organizations, including fire brigades, orbital guard, and civil defense. In the prewar period, Ffawe General Ta At Niher and Tur Da Lug, chief of the Onwe Imperial Police, cooperated in transforming the police force of the old Onwe Naplian Empire into militarized formations ready to serve Benaltep and Bonate's aims of conquest. Police troops were first formed into battalion-sized formations for the invasion of Audria, where they were deployed for security and poli
Post a Comment
Read more
More posts