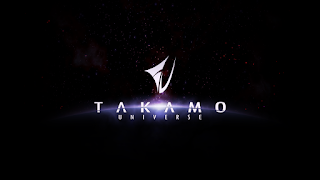 W elcome to The Five Galaxies, which is a reference to the Estra galaxy (aka Milky Way) and the other four galaxies of the Radnian Cluster in the Takamo Universe. The goal of this blog is to provide you with descriptions, histories, and other bits of  Takamo Universe lore. What is Takamo Universe?  It is several things. First, it is the backstory of Takamo, a computer moderated sci-fi game developed in the early 1980s that has been running in various iterations since 1982.  Second, it is an invitation-only play-by-email game populated by hundreds of player and non-player (NPC) empires struggling for dominance. The game is being used as a testbed for features intended for the new massively multiplayer online game we are creating. Finally, it is a series of novels and short stories available in e-book, paperback and audiobook formats on Amazon.com and other outlets.  More about that later. Right now, lets talk preliminaries; Terran Standard Dating Takamo Universe stor
Post a Comment
Location: LINCOLN, NE 68502
Read more