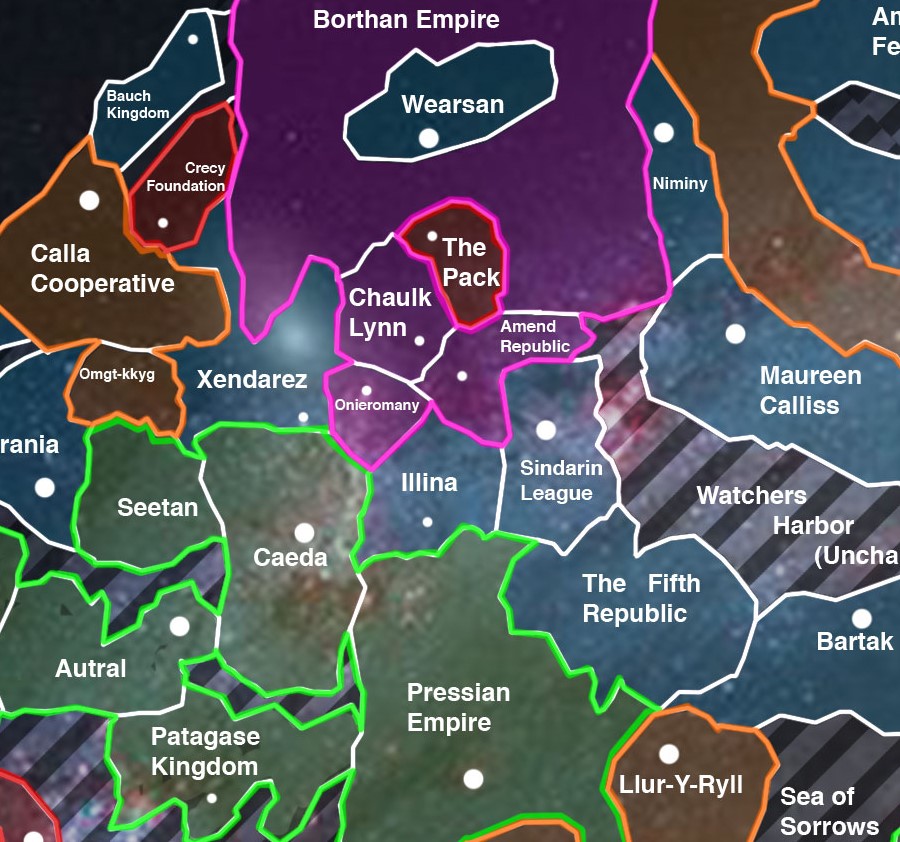 Illina     The Illina empire's dominant species was avian. Originating on a bucolic homeworld that became a nature preserve, the Ave (meaning "people" in the native tongue of the Aquilan caste) achieved spaceflight early.    Ave in the Illina empire were classed into castes. The Aquilan caste was the ruling class, the Raptori serve as the military might of the empire, and the Passerine castes--of which there were hundreds of variants--made up the civilian and mercantile castes.  Aquilans    Aquilans were very selective in breeding and inheritance--complicated practices and protocols went into creating an heir to the powers of each of the ruling families, with lesser heirs, and vassals interweaved to form the bloodline's power structure. Raptori     Raptori bred their stock mostly from Aquilan families--lesser branches were designated for military service--but also counted among their ranks many Passerine. By negotiated agreement, Aquilan
Post a Comment
Read more
More posts