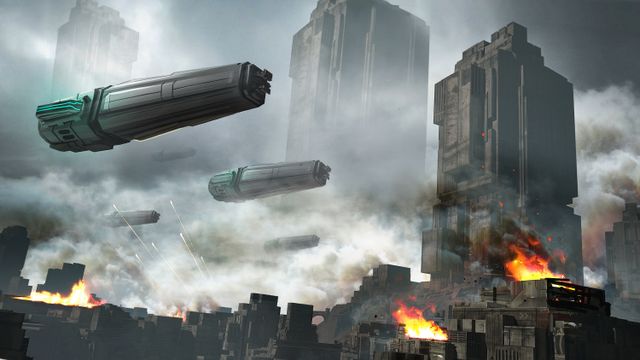 War of Words 2375-2378    O ther than the Svenisch spec-ops raids across the Proq frontier and the Naplian incursion into Dresch space, most of the action in the first five years of the war was political. A flurry of individual war declarations and pleas for support between empires created a defacto war between the two alliances. It was made official in 2675 when Grand Alliance diplomats convened and issued a formal declaration of grievances and declared a general state of war against the Naplian Imperial Alliance and its member empires and kingdoms.  First Blood 2379-2381    Late in 2375, the 64th Svenisch fleet under Admiral Goolisan Frit passed through Naplian Territory. They rendezvous in 2379 with the 2nd Naplian Naval Corps under Admiral Ams Weterahht and crossed the Proq Frontier.    In early 2379 the Naplians attacked the Dresch Eglien cluster and crossed the Audrian frontier. Admiral Fierstak Hsapur was in overall command of the Naplian invasi
Post a Comment
Read more
More posts