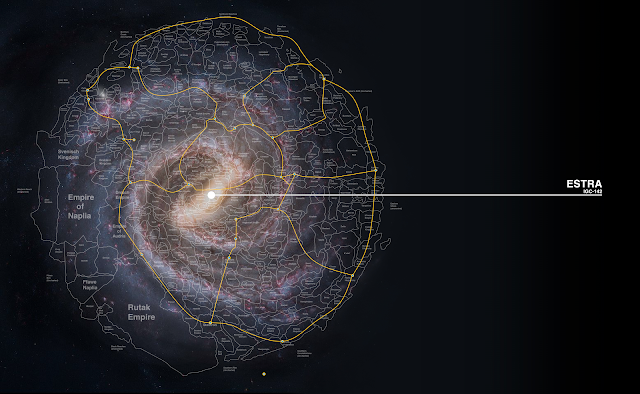 Largest Shipping Lanes at the Height of Foldgate Trade Circa 3300 The Starstream Age     A s the galaxy grew in technology and people, the needs for an efficient transportation system linking the rim with the rich interior became more and more pressing.    The first significant progress in intergalactic transportation was starstream navigation, pioneered by Harinon and Lerita on the Huisan Starstream and Remil Vere in the Misshi Starstream. Stream navigation cut the time of a journey between Briddarri Lesinum and Rutak Vaderstav by two thirds. The second significant improvement was foldgate path construction. Foldgates were massive space folding devices anchored in key starsystems across the Five Galaxies by the ancient Radnian Empire. Transiting from one foldgate to another without first determining a safe path could result in catastrophe because folding space with a star or a black hole within the path of the fold would be the equivalent of flying through the object. N
Post a Comment
Read more
More posts