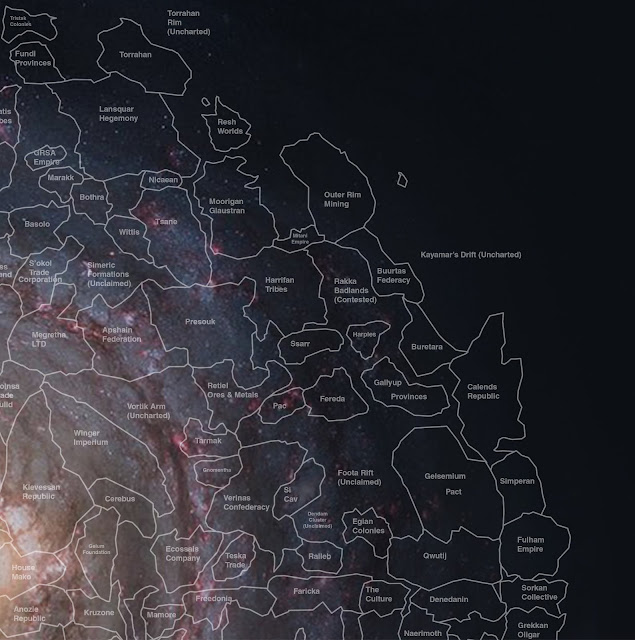 The Eastern or Leeward Reaches The Corporations    T he eastern regions are the industrial heart of the galaxy. Many of the most substantial mining and industrial concerns were here. These were not just mines and industries sprinkled about the cosmos. These were business concerns that have become empires, owning vast territories with millions of starsystems. Corporate empires like Outer Rim Mining didn't have factories; they had factory worlds. They didn't mine holes in the surface of a planet; they strip-mined entire starsystems.     Some of the busiest shipping lanes were to be found here as well, including the Kells Trail and Fulham Run, which originated in Ecossais and reached eastward to the Fulham Empire and the easternmost edge of the galaxy. Moon-sized trade stations, like the Strail Trade Hub in Teska Trade Territory, floated majestically in starsystems replete with cityworlds, orbital stardocks, and massive starship anchorages. Strail was the terminus
Post a Comment
Read more
More posts