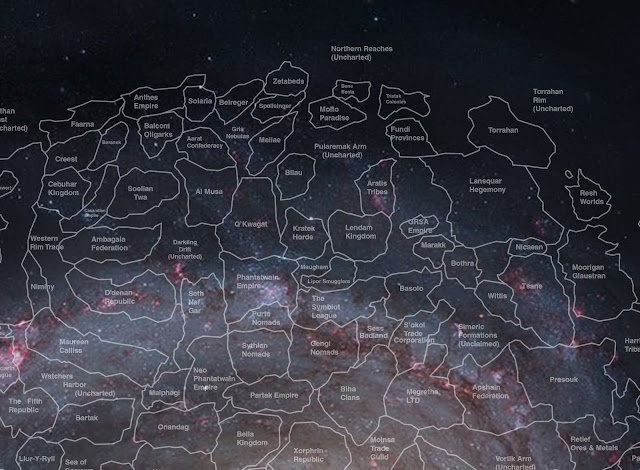 The Northern Reaches of the Galaxy    A little over 60 interstellar empires inhabited the north-central regions of the galaxy. They accounted for approximately 3.4 billion inhabited starsystems. Another 250 million inhabited starsystems were scattered in the uncharted areas, such as the Darkling Drift. Prominent among the empires of the north were the arthropods, the arachnids, and the nomads. It was also home to two of the three Great Trade Houses; Western Rim Trade and the Molnsa Trade Guild. The other Great Trade House, Stelltron, operated in the southern half of Estra. The Q'Kwagat    Spiders. Huge, man-sized, smooth-skinned killers. They came in various sizes, shapes, and colors. Long front limbs served as arms and hands for grasping and for hand to hand combat. The large eyes gave the observer the uneasy feeling that they were being sized up for dinner – which was often the case. Their mouth with the long chelicerae or fangs gave them a fierce appearance. Q'
Post a Comment
Read more
More posts