You'll Want To Read This One First! 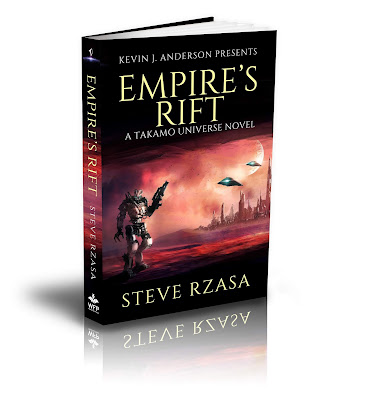 KEVIN J. ANDERSON PRESENTS You know, the best selling author of so many great sci-fi novels; THAT Kevin J. Anderson. The Naplian Empire’s war of expansion against the Grand Alliance has taken a turn for the worse. With vital serjaum fuel reserves wiped out by a surprise attack, Admiral Daviont of the III Corps makes a long, desperate journey to the fringes of Terran space for a massive undeveloped source of serjaum—the Baedecker Star System. But his action does not go unnoticed. Their mortal enemies, the Briddarri, send their own task force to intercept. At Baedecker Four, starfighter pilot and governor’s son Taggart “Tag” Wester has his hands full steering clear of his wing commander’s wrath. When an emergency call unearths a dangerous foe from the past, he’s put to a test unlike any he’s ever face—one of courage, and leadership. The time for bucking the rules and chasing the horizon has come to an end. Elden Selva is on a mission to restore power to the defeated No
Post a Comment
Read more
More posts