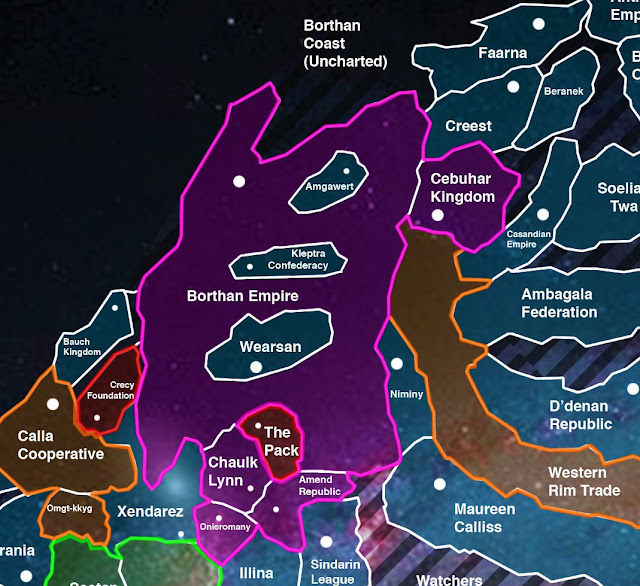 The Borthan Empire    The Borthan Empire was a sprawling human civilization in the Northwest Regions of the Estra Galaxy. The empire held in thrall numerous non-human cultures as protectorates. The Borthans' used genetic manipulation to induce sentience and then control 'lesser' creatures known collectively as the Vinculum. Each Viniculum caste was 'farmed' in a region of space set aside for that caste and their Borthan overlords.     The Vinculum held a crucial role for the Borthan military and starship classes were designed for each Viniculum caste. Cloning technology was used to create viniculum armies in times of war. These forces strengthened the empire and fueled its expansion, but brought about a dark time; 'The Betrayal.'    The 'Betrayal' began in 2345 with the rebellion of the Chaulk-Lynn, a Viniculum species concentrated in the southern region of the empire. The Chaulk-Lynn or 'Chalkers' were the
Post a Comment
Read more
More posts