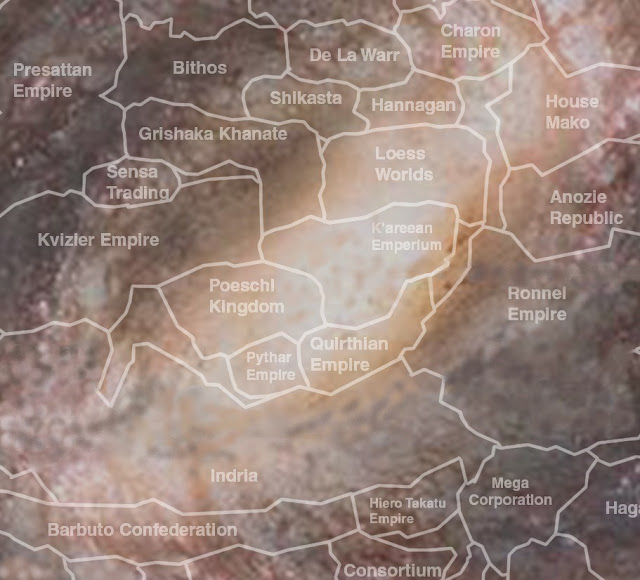 The Coreward Reaches    The core of the galaxy is an elliptical mass of stars, black holes, and stellar clouds. In the middle of the galactic core is a supermassive black hole located in the heart of the K'areean Imperium. It is difficult, but not impossible to navigate. The great starfreighter shipping lanes, the Seneco Run and Vastorn Run passed east and west directly through the northern core. They met just north of the galactic core at Sensa Trade's Kerimata Trade Hub, a trading station of twelve planets that was the center of commerce for goods from every quadrant of the galaxy. This was home to many important empires. Kvizier    Kvizier Empire was a feline alien race west of the galactic core. They supported the beleaguered Sensa Trade against their implacable foes, the  Grishaka, in a devastating war in the 23rd century. Kvizier was also at odds with the Pizcvour, a high tech empire to the west.  Not long after the Naplian invasion of Terra, the K
Post a Comment
Read more
More posts