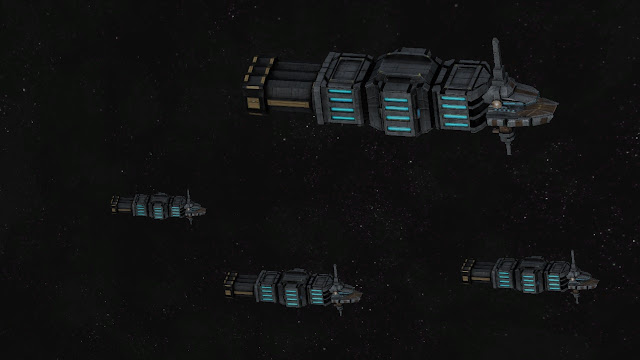 
On the 22nd of September, 2699 (Terran Standard Calendar) Bonate signaled the code word "Danzha" to all of his starship divisions. Operation Twirling Blade (In Ffawe, “Gelfan”) began when Naplian forces drove deeper into the frontier provinces of the Starsystems of Orta virtually unopposed. The naval force that Bonate had used to bait the Terran 31st Fleet Group launched its feint offensive into the Outland Colonies, drawing the Terrans farther north and east. In the same week, orbital jump divisions from the 7th Flieda (Jump) Division and 22nd Rieda (Rapid Landing) Division (General Turka Do’Enst Commanding) executed surprise landings on Haja-4 cityworld and the Amerton provincial capitol world Demmero-3 in the Union of Planets. The orbital forts of Embran, a Dyson swarm of deep space fortresses intended to thwart an invasion of the starsystem, proved to be a massive waste of resources. Naplian fireships demolished principal fortifications while rest of the fortress swarm, isolated by enemy communications jamming squadrons could not coordinate fire. Communications were so crippled that many of the fortress commanders surrendered without a fight, believing that the entire swarm had been destroyed.


The Terran command reacted immediately, sending the 31st Reserve Fleet Group to turn back in accordance with the government dictate to defend central Terra. Tanaka was ordered to hold the line at Akmela. This move committed Tanaka’s best forces and diminished her fighting power by the disorganization it caused. The Admiral Reese’s 31st Fleet Group had already made contact with Outland Colonies forward elements when the order to withdraw was received. Reese was furious, not realizing that the Naplian drive on Outland Colonies was a ruse, he halted his progress toward the Outlanders but did not immediately turn back.