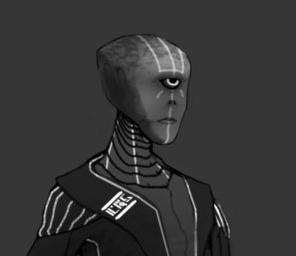 “To defeat Bonate, you have to accept that he is always one step ahead of you.” Admiral Ergen recalled his mentor’s advice as the alerts from his eastern pickets told him of that Bonate’s main force was smashing into his right flank.

Bonate’s Fleet Group had hooked around the right flank of the Terrans with the intention of capturing Dyla starsystem and then push directly east towards the Outland Colonies frontier. He did not need to defeat the Terrans, and he had no intention of squandering his strength in a decades-long campaign to snuff out the Terrans. Not yet. First, he would cut them off from their colonial allies and the despicable Briddarri. The Grissan Nast vanguard pushed into Dyla starsystem during a week-long fight that destroyed a significant part of Ergen’s cruiser force. By the end of the second week, Bonate’s ground forces had acquired most of the crucial surface objectives and the 842nd Dragge Division, supported by the surviving dreadnaughts of Admiral Ar’ Ta Kolai, had secured the surrounding space.


As soon as Dyla was invested, Bonate took a day to refuel and resupply. Any ships too damaged to continue were detached and assigned to system defense or were scuttled. The following day Bonate’s main force hyperjumped eastward toward the Outland Colonies.

Race to the Outland Colonies

In the same week, the Naplians invaded Terra’s colonial allies to the North Starsystems of Orta, United Consortium, and the Union of Planets. Against the Orta, the Naplians made steady progress. By the end of 2699, units of Naplian Marshal Souva’s Fleet Group were closing on Hotanam and Esternam starclusters of the Orta, while along the United Consortium frontier the Naplians were close to reaching the Elay Starstream west of Drudda Nebula. In response to the invasions, Tanaka ordered her entire reserve, the Terran 31st Fleet Group, under the command of Gavin Reese, containing the Seventh and Ninth Armies command, the 1st Reserve Fleet, and Admiral Ergen’s Briddarri force, to pursue Bonate. Their objective was to reach Outland Colonies frontier to form a solid front per the Terran government’s defensive strategy to halt any Naplian advance southward into central Terra. However, the move to the east was a feint. Bonate stopped his progress toward the Outland Colonies and waited for the pursuing force to catch up. He then engaged the Terrans with a screening force that conducted a running battle with the Terrans as they continued to extend their front line to link up with the Outland Colonies. As the Terrans stretched their front line east to the Outland Colonies, Bonate fed enough of his forces into the expanding front to keep it stable and patiently waited.