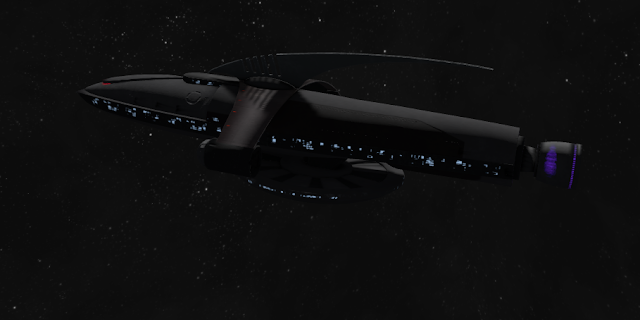 Battle of Ackmara in the Great Desert Rift - 2692

The naval Battle of Ackmara took place in August 2692 during the Emperor's War, near Ackmara, in the Great Desert Rift. The opposing forces were the Naplian 36th Naval Corps, with a strength of 25 squadrons commanded by Onwe Naplian Admiral Etok Hota'al and the Audro-Dresch 216th Fleet, which had 22 squadrons and was commanded by Audrian Admiral Rena Demir.

In 2690, the Audrian Admiralty sent two fleets into the Great Desert Rift to support the Terrans desperately fighting the Naplian invasion. In April 2692, Naplia's Etok Hota'al was appointed Admiral of a fleet sent by Bonate to control the space between the Terran frontier and the Bresam Drift. Hota'al seized vessels of various empires on the pretext that they were carrying Grand Alliance cargoes. Three years before, he had escorted from the Dresch Empire a Naplian and Svenisch army which Bonate sent to Audria under the command of General Timpat Ge'var, 2nd Marquess of Dossman province, to take the Gelbiam Nebula starfield. Hota'al then raided Laxon and Klozon starsystems on the Terran Desert Rift Coast. During June and July, Hota'al effectively controlled the west face of the Gelbiam Nebula and is said to have captured more than 600 vessels. By August, an Audrian-Dresch fleet had assembled at Ackmara. Upon learning of their presence, Admiral Hota'al moved to attack them.

All the Audrian and Dresch ships were moored at the three Ackmara-5 naval facilities. Unprepared and confronted by a superior fleet, they sheared their docking cables and ripwaved to assembly points to escape. By accident, about 300 civilian guests, including some women and children, were visiting the Dresch flagship Mantarie Liere when the Naplians attacked. In the rush, Verhe Torguar, the captain of the ship, could not disembark them and the crew was thus reinforced by those "involuntary" combatants who, however, endured the fight bravely.


Two squadrons took up blocking positions to cover the retreat of the rest of the Grand Alliance fleet. The lead squadrons of the Naplians ripwaved to within 25,000 kilometers; virtually point-blank range. Under Naplian fire, Mantarie Liere — one of the largest dreadnoughts in the Audrian stellar navy — sailed towards the Radal, the most powerful ship in the Naplian task force. The Naplian Savman and the Jaes-Rama rushed to rescue the Radal and surrounded the Mantarie Liere, while the superior fire of the Naplian Minarosh badly damaged the Patlusse which was forced to retreat. The Mantarie Liere remained alone among the Naplian fleet, except for the small Nafdepied which harassed the Naplian ships. The Mantarie Liere's particle cannons disabled both Savman and Jaes-Rama which became ungovernable and drifted helplessly.

Over the next two weeks, as the Audrian fleet retreated, the Naplian fleet captured or destroyed one hundred thirty-two Audrian vessels and recovered valuable Audrian intelligence datacores before returning to the Gelbiam Nebula. As a result of the engagement, Etok Hota'al was made a High Admiral by Bonate. Hota'al was devastated by the death of Kenva Mas-To, commander of the Radal, and vowed that he would never see the emperors faces until he avenged the end of that noble and valiant warrior.

The destruction of the Dresch ship Mantarie Liere quickly became famous. Audrian poets Berhom Tomunet and Megin Bredi both wrote poems about it. The latter’s heroic version of the death of Verhe Torguar, occasioned a satirical response from Briddarri author Mara Tohm, leading to a literary battle between Tohm and Bredi. The death of Torguar was often portrayed as a deliberate act of self-sacrificing heroism. He is supposed to have said "we will celebrate the feast of the prophet Renlow, who died in flame" before blowing up the ship to avoid its capture. In fact, there is no evidence that the explosion was intentional and official accounts make no such claims.

A Taste of Last Run of the Ice Duchess

I wanted to give you a taste of the next book off the production line in early 2019.

Last Run of the Ice Duchess byShona Husk
Chapter One
Every time Berne Ober came to the planet Distan 7, it seemed to be raining. Hopefully, this would be the last trip. The support would be secured, and the Northern Alliance would be created. He walked down the street to the dining club where he was meeting his contact. There were other people on the street, all going about their business. Rain didn’t stop them here, if it did, they would never get anything done.
For what had started as a military outpost to protect the mine, the city of Durura had modernized and moved past the essentials, but not by much. It was still a military-run city filled with diplomats and spies. It was crude in places, with no soft edges and gentle landscaping. The ongoing cold war and trade embargoes with the Terran Republic had taken their toll and stripped everything and everyone back to the bare minimum.
But no one seemed re…
Read more

A Cyborg Christmas by AR DeClerck