The Ramla twins were the Terran human dynastic heirs of Stelltron, the largest of the Great Trade Houses. They succeeded their father in the mid-2600's, with each inheriting one half of Stelltron. The male twin, Lei, was Chairman and his sister Bolin was Vice Chairman. They were in theory, answerable to the Stelltron board of directors. A who's who of wealthy merchants and captains of industry. In fact, the twins ruled over Stelltron as monarchs. Lei was Chairman and made the final decisions in all trade house business. Bolin led him to believe that he actually made those decisions. The 'sirname Ramla' was from a southern Terran dialect, which means 'Future Sight.' 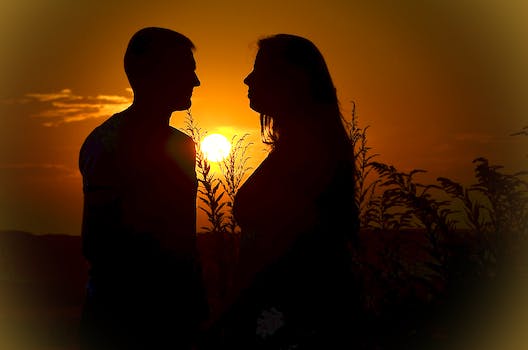 Lei means 'Thunder.' Lei was handsome, an elitist, and a sadist. He tried to dominate his twin sister by force of will. He would often declare that he alone controlled Stelltron's vast holdings. His sister Bolin let him believe that.

Bolin means 'Gentle Rain.' Bolin was beautiful, brilliant, and a sociopath. She ran the company behind the scenes and was the instrument of her brother's horrible metamorphosis.

More on the twins later...


He acted as the liaison, facilitator, and chief diplomat for the trade house. He conducted all business through voice-only communications to keep his actual identity a closely guarded secret. Only the Stelltron inner circle had ever seen him. He was a devoted Stelltron sycophant, but he secretly preferred Bolin Ramla over Lei.

A Lotharian human, he was a former smuggler who hired on as Bolin Rasmla's right hand. Many suspected that he was Bolin Ramla's secret consort.

She was a Klevessan human sold to Lei Ramla by Wingar pirates. She was his aide and consort. She secretly despised him.

A former assassin who became the Stelltron Cyber Project Lead.


"Inside Stelltron, Damjan was a practical man—he wanted to locate the cybernetic bodies and preserve the lives of 300,000 Truppen soldiers who had survived the Consular Wars to help form an army against the Naplians. Damjan and the Cyber Harvest Initiative were blamed for the catastrophe that followed this program, but most scholars assert that the decisions of executives led to the cyber rebellion."

A towering Tigaeman; a bipedal feline from the Boe Republic. She stood three meters on her hind legs and 1.3 meters at the shoulder when on all fours. Her cat-like eyes were green with flecks of amber. The horizontal cats-eye pupil was a gleaming black. Her fur coat was a brilliant white with dark grey tiger stripes.

Cha Tima was Bolin Ramla’s “left hand.” She was a bloody-minded killer in a silky smooth package. She acted as adviser, assassin, and messenger. Cha was the “fixer,” when there were problems or the “cleaner” when critical situations needed discrete handling.  Her communications I.D. label was "A Caller."

Cha was suspicious of everyone but utterly loyal to the Ramla's. Cha Tima lived in cozy comfort in her jungle-like apartments on the Buchlan Fells trade hub, the corporate headquarters of Stelltron. She loved to swim and had a series of interconnecting pools in a large recreational pod on the station that she had specially designed and built to her specifications.


Tima was omnivorous but preferred meat dishes. She preferred the spicy cuisine of her native world Endva-3 and the dreadfully bitter fare of the Novercal Domains. Her breath had a coppery smell. She scented her quarters with Colatma, a spice from Serethia, which smelled like musky cinnamon. The scent clung to her fur. It announced her approach and lingered after she would depart.

Denic. Chief Bodyguard and in personal command of the security contingent that protects the Ramla family. His integrity is without question, and he will do all in his power to protect the Ramlas – even from each other. He does not trust any of the other six members of the inner circle and actively monitors all of them.

Keme Hassun, who was compared to Hitler's Heinrich Himmler, was the Ramla's special envoy for the Stelltron Corporation and the ruthless head of the Stelltron Intel Section.

Keme Hassun was born in 2599 in the Aqua Imperium. He rose quickly through the Stelltron Corporation's ranks via his violent methods and his flattery of Stelltron leader Bolin Ramla. He was appointed the head of Stelltron Intelligence Section (SIS) and carried out the Ramla's vision for purges and secret police tactics in regions and facilities under Stelltron authority. The Ramlas proudly introduced him as the equivalent of the ancient Gestapo leader, Heinrich Himmler. After the Ramla's demise, Hassun overestimated his power and was assassinated by political rivals headed by Nukpana in 2753.