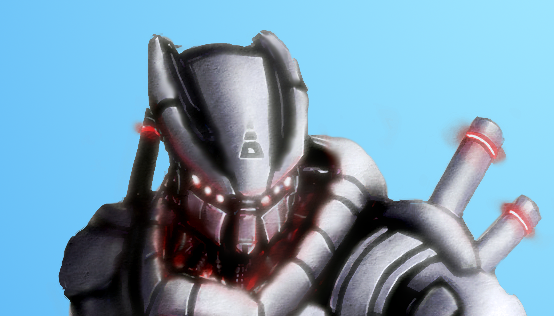 The Phase One Cyborgs 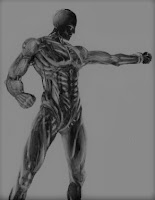 
The first Truppen were sheep in wolfskin. The volunteers in the Aparatic enhancement project had no desire to become soldiers for the Northern Alliance. To overcome this, NA technicians created 'Command Programming'; which was a method of absolute control via keywords that activated neural implants.  Later, when Mark 1 production was formalized, NA volunteers lessened the need for command programming, but it was installed nonetheless.  Mark 1s were notoriously emotional and subject to episodes of intense rage and command programming was considered a failsafe switch.

The Mark 2 was human in appearance but even more formidable than their predecessor model. Brain function was altered in this model to lessen the need for failsafe command programming. It had the effect of decreasing emotional response and alleviating the rage issues of the earlier model.

The Mark 3 Truppen were codenamed Frankenstein by Terran Intelligence. Terran troops called them 'Franks.' From a distance they were grotesque. Up close, they were a freak show.

The face of a Frank was human but stretched across the cyborgs angled metal skull like a bad facelift. There was a visor that could be lowered for protection, much like a medieval knight. There were random sections of muscle and flesh on the body, depending on the production run. The brain and spinal nerve structure were present. Heightened sensory capacity was maintained in this model, but the pain receptors were eliminated. This made the model more resilient but less nimble.

Mark 3's were autonomous but subject to command programming. The transition to a cybernetic chassis revealed significant neural and cognition issues. Mark 3s were more susceptible to episodes of rage and non-compliance. Command programming was viewed as essential for these models, which limited their use as autonomous units. It was standard practice to have a human command element for Mark 3 detachments.

The Mark 4 was a huge leap forward in Truppen technology. The chassis was fully cybernetic with only the brain as a biological feature of the model. It was encased in a protective helm that would keep the brain alive, although not active if the headpiece were severed from the chassis. So long as the headpiece was intact, the brain could theoretically live on forever, or at least until the headpiece degraded due to adverse environmental conditions. Command programming was abandoned in this model after it was learned that the enemy had discovered the secret of command programming and successfully deactivated a Truppen detachment.

These models did not have any biological components. The ability to place the consciousness of a sentient being in a solid state brain was the most closely guarded secret of the Northern Alliance, and it was lost with the Fall of the NA in 2673. After that point, new Truppen could only be constructed using Mark 4 or other experimental techniques. 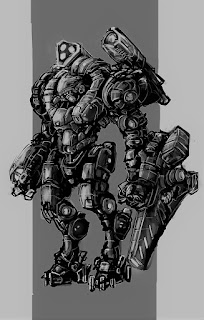 Mark 7s and 8s were heavy infantry intended as ABVAN shock troops. They were also used in the anti-metatank role. They were cheaper to build because they did not use solid state brain technology. Their performance in the 2nd consular war was out of proportion to their numbers. They were feared by Terran and Reittian troops, who nicknamed them 'Grinders.'

An extremely limited number of Mark 9s were built at the end of the war. They were ultra-heavy infantry and extremely expensive to produce. Less than 4,000 ever saw service. 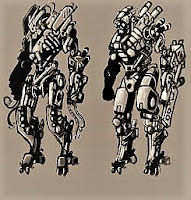 Non-Series Truppen were the experimental toys of NA scientists and their sponsors. There were variants of each model. The variations were mission and task-specific based on NA specifications. Most never saw the battlefield. However, some experiments were notorious failures while a couple of them were a nasty surprise for the unsuspecting Terran soldiers they encountered.