Naplia called their empire's ambition to conquer the entire galaxy the 'Expansion.' It began in earnest when the Ffawe admiral Bonate and the Onwe admiral Benaltep, took the Naplian dual thrones in 2634,  after decades of civil war. They rebuilt Naplia's military might, and in 2660, Naplia invaded Ganz and Pressak, protectorates of the Grand Alliance. Other incursions followed, and by 2663, interstellar war engulfed most of the Rimward Reaches.  By 2671, Bonate's Naplian offensive in Audria had cut the Grand Alliance in two, and Benaltep's forces were hammering away at the Briddarri Commonwealth empires in the north. 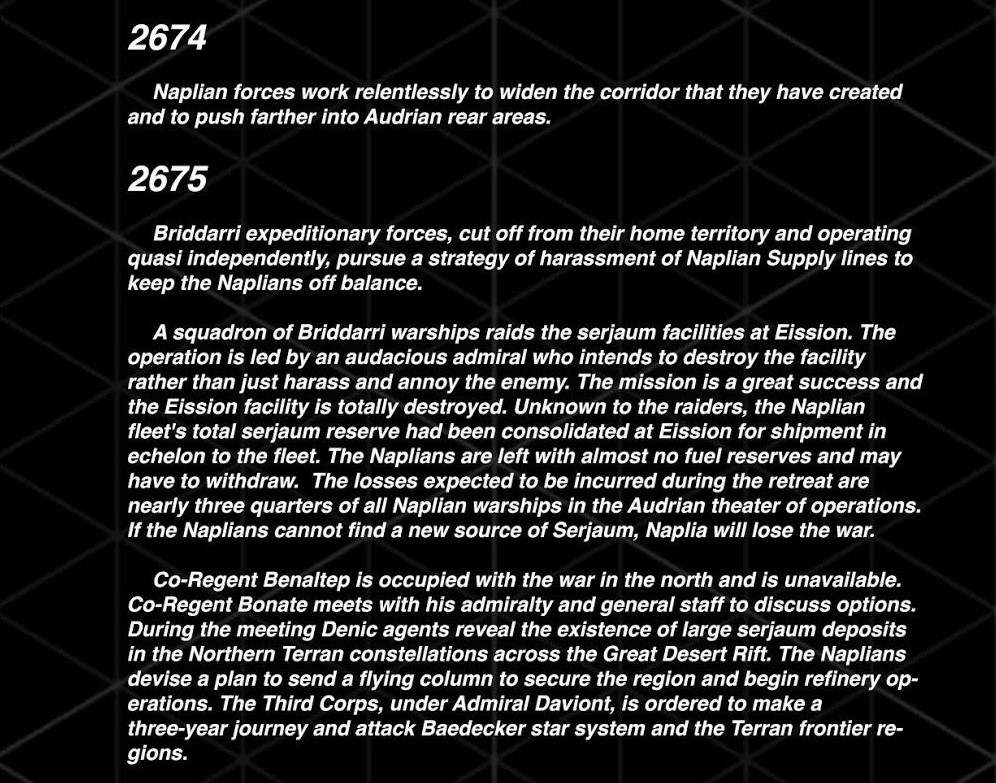