Marshal Hansal Donan peered thoughtfully out the portal of his personal shuttle as it approached the starship Cachalon, the flagship of the emperor's star fleet. He'd been summoned suddenly to confer with emperor Benaltep. Meetings with the emperor were always trying for Donau. He never knew what to expect. Often the emperor just wanted to have someone to speak with to drive away the loneliness or help focus his military genius. Donau and his colleagues had often been the sounding boards of Benaltep, and so, witnesses to some of the greatest moments in the history of interstellar warfare. Benaltep could also be mean and petty, threatening even to shoot his marshals for dereliction of duty when in fact utterly they had been courageous, if unsuccessful, in their mission.

Donan's last meeting with the emperor had been less than happy. The battle for the Durian starsystem, a star in Donau's area of operation, was going against him. The emperor was furious when Donau gave his report.  "What are you doing here?" He screamed, as though he'd forgotten that Donau was there at his command.  "Do you think you can defeat the Audrians by hiding in my cabin? Get back to your squadrons! If Duria does not fall, it should be because you and your command have been wiped out!" Donau had left badly shaken. He did not relish the thought of another such meeting.

He felt the shuttle sway as the docking clamps engaged and then he felt the telltale vibration of the capital warship. Donan made his way to the gangway. The powerplant of a big ship like the battleship Cachalon throbbed as it idled. It reminded Donan of a trembling heartbeat. Three officers met him at the Cachalon's entry hatch, giving him the honors accorded a flag officer boarding a vessel, they then escorted him through the maze of corridors and lifts that led to Benaltep's quarters in the upper region of the hull. He followed of the officers, a marine field officer in dark blue uniform stood guard outside the doorway. He apparently recognized the Marshal and immediately ushered him into the cabin and then returned to his post, closing the hatch behind him.

The Emperor's cabin was cool and dark. The plush green velveteen furniture soaked up most of the light that came from the lamp and portals in the room. Besides Donan, there were three Naplians in the room. The emperor, looking out of the main portal, with his hands cupped characteristically in the small of his back; Opposite him, in the corner, stood Marshals Bessien, commander of the Guard, and Uegan, famed star frigate leader. Marshal Donan stood at attention, hat in hand. Long moments passed.

"At your service my Emperor."

"You have news of the Durian System?"

"Yes, my emperor. The Audrians and Briddarri have been routed from the system."

Benaltep turned to face the Marshal. "And your crews, your ships?"

"Our losses were heavy sire."

"Don't be vague Marshal. What exactly were the losses?"

Benaltep looked at the floor as he listened. If he had any opinion about the losses, no one in the room could tell what that might be.

Benaltep looked up. "I congratulate you Marshal Donan. You have done your duty, which is your reasonable service."

"Thank you, my emperor."

"I have another task for you, Marshal."

I am at your service sire."

Benaltep eyed Donan carefully. "Yes, I believe you. You are hereby relieved of your division."

Donan started to protest but was waived off by the emperor.

"You are now in full command of the second and fourth corps. That is, if you aren't aware, nearly a third of operational forces in this theater." 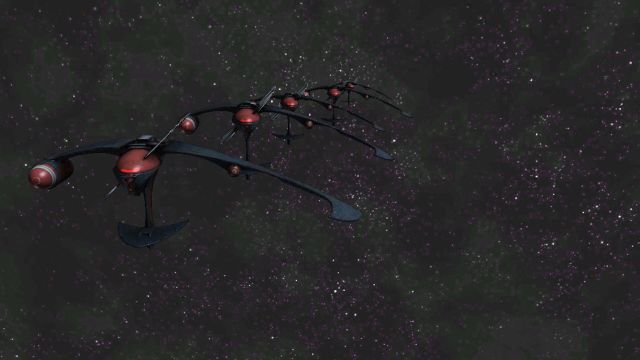 "You will be joining your old friend, Admiral Daviont."

"So my command will be transiting across the Great Desert Rift  and into Terran space?"

Benaltep folded his hands behind his back and breathed deeply.

"I do not believe that our Ffawe brethren should have all of the glory. We  Onwe must do our bit."

Benaltep stepped closer and in a lowered voice said, "You will be my eyes and ears in Terra,"  His breath smelled of Chara root. "You may be in Bonate's fleet, but you are my marshal. Remember that."