For purposes of this blog, galactic navigation is straightforward. Maps will be from a top-down view.  The upper edge is north, east is right, west is left, and the bottom edge is south.  Obviously, the galaxy is three dimensional, not all stars or empires exist in a single plane, and where this is useful to the discussion, we will introduce three-dimensional graphics.  However, most subjects dealing with galactic geography will be of a strategic nature. Because the majority of empires reside in the galactic plane, the top-down view is perfect for a strategic narrative, and so it is what we will use most of the time.

Western Regions of the Galaxy

In the western regions of the galaxy, called the 'Rimward Reaches', there exist nearly seventy empires encompassing over 4 billion inhabited starsystems. They are the glittering shards of the ancient Radnian Empire, a predominantly human realm that governed the Five Galaxies during a time beyond remembering. But that's another story for another blog.

In the days of the emergence of Terra 2100 - 2700, the empires of the Rimward Reaches were divided into four main political camps; the Imperial Alliance, the Borthan Vinicula, the Grand Alliance, and the neutrals; everyone who wasn't part of the other three alliances.

The Imperials included the two Naplian factions, along with the Svenisch Kingdom, Denica, the Maripal, and at various times, the Kingdom of Attel. The true power of the alliance was Naplia. In most cases, and indeed in all cases after the rise of the co-emperors Bonate (Bo-NAH-Tay) and Benaltep (BEN-al-TEP), it was Naplia that ruled the alliance. Naplia was an aggressive empire that maintained a large interstellar fleet and used it freely, dragging the other members of the coalition into a multitude of conflicts. The Briddarri were the Naplians' most implacable foes and they murdered each other by the millions.

The members of the Grand Alliance varied over the centuries, but the principal members were the Briddarri Kingdom, the Audro-Dresch Empire aka the Audrians, the Dulte Kingdom, the Pressians, the Patagase, the Qomiti, the Proq, and the empires of the Briddarri Commonwealth. At times, the Rutak Empire cooperated with the Grand Alliance but it never formally joined the alliance. Later, during the campaigns of Bonate and Benaltep, the Grand Alliance expanded to include Terra and its colonial sisters, the Hosanii, and several coreward empires. The alliance was led by a council of member representatives and the leadership of the body rotated on a regular basis. However, until the entry of the Terrans at the end of the twenty-seventh century, the Briddarri Kingdom held sway within the ranks of the member empires. 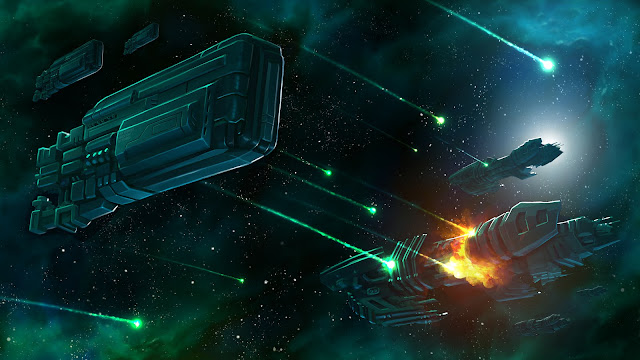 The Borthan were a human race with an inclination to dabble in genetic mutation. Okay, 'dabble' may not be quite the word I'm, looking for. For centuries they had a full-on massive genetic manipulation program that took alien fauna and turned them into sentient beings that served the needs of the empire. At times it was brilliantly successful, in other instances, it was a spectacular failure, and with two species, it was an unqualified disaster. Those animals who successfully gained sentience were established as separate civilizations in thrall to the Borthan Empire; the 'Viniculum.' These races included the Chaulk-Lynn, the Cebuhar, the Wulf, the Nimminy, the Amend Republic, and the Onieronomy.

The neutral empires of the Rimward Reaches had little regard for any of the big three alliances and spent most of their energies on commerce, getting along with their neighbors and generally trying to keep from getting shot. Except for the Rutaks. The Rutak Empire, although nominally neutral was the largest empire in the galaxy and they loved to say so. Most of their government's efforts were spent playing the Imperial and the Grand alliances against each other or pursuing longstanding border disputes with their neighbors.