For God And Mars

There's A Book For That 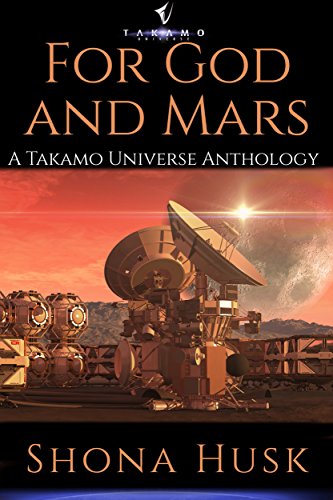 This is the start of the story of Mars, of a planet peopled by humans, and yet not Earth…

With the Martian government putting pressure on the Ammanian eastern provinces, civil leader Eshe Tordis faces a tough battle convincing her people to fight back. As her community splits into warring factions, she finds that her greatest enemies may be those standing behind her.

Alic Ollsen is an Ammanian in Terran clothing. To pursue his dream of being a terraformer, he had to give up all trace of his Ammanian beliefs. But when he’s asked to help the Ammanians win the war against the Martian government, he finds himself caught between faith and career…life and death…right and wrong.

The wounds from the first Martian war haven ‘t yet healed and Isak Morven‘s parents–Terran in thought and belief–hold everything Ammanian in disdain. He knows they barely tolerate his mingling with the despised victors of the war but, until he decides to marry his Ammanian girlfriend, even Isak himself isn‘t aware of how deep his parents‘ hatred runs.

Ryne Morven has been fighting against Ammanian rule his entire life. When Earth forces invade the red planet to take back control, Ryne is exultant. Joining the rebels against the Ammanians, he can ‘t wait to shove his brother Isak‘s nose in it, but when the war finally ends, will the price paid by the Morven family be worth it?

Romance author Shona Husk lives in Western Australia at the edge of the Indian Ocean. Blessed with a lively imagination, she spent most of her childhood making up stories. As an adult, she discovered romance novels and hasn’t looked back. With over forty published stories, she writes contemporary, paranormal, fantasy and sci-fi romance.