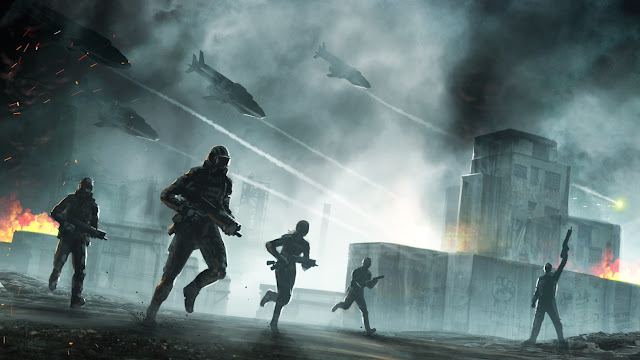 Following the end of the Kossa principate, a new and powerful prophet appeared at the Cathedral of Attra.  Her name was Apar, and she prophesied the end of the principate. The prophet taught that all life, in whatever form, human, animal, alien, biological, and artificial, self-aware or not, was sacred. She set down her teachings in the Aparat; the Tome of Apar. Those who followed the prophet's word were labeled Aparatics. The prophet became popular within the Attran sect and Principate Kortan, fearing another civil war, had Apar imprisoned. The prophet died not long after her arrest in 2117. The official reason given was suicide, but Apar's disciples believed that she had been martyred and despite or perhaps because of repeated campaigns of repression by Martian officials the sect continued to grow.

A new leader of the Principate, Adon Bernier, an avowed Tatou expansionist, came to power in 2130 after the princep Kortan withdrew in disgrace following the revelation that General Kossa had died twelve years before the official announcement of his demise in 2101.  The actual details of his death remained sketchy, but it was widely believed that Kortan was complicit in the deaths of Kossa, in 2089 and later the prophet Apar.

As the United Nations of Earth continued to pursue their exoplanet exploration and colonization program, the competing interests of Earth and Mars within the solar system began to create friction between the two worlds. Earth needed resources and manpower focused on its efforts to colonize nearby stars while Mars lacked those resources to support the growth of their civilization. The opposing interests of the two cultures collided in 2132 when Princep Bernier, frustrated by the rising cost of water and foodstuff imports, ordered a Martian squadron to occupy the Gartimer Corporation mining complex on Jupiter's moon Europa. Mars needed the ice for terraforming, but Gartimer had been throttling ice shipments to Mars to drive up the price.  The United Nations at first made no effort to retake Europa in the vain hope that a negotiated settlement of the water issue could be reached. Bernier, sensing that the nations of Earth, already heavily invested in the extrasolar colonization, would not risk an expensive war to keep a few moons, sent a delegation to Havana to negotiate water rights in the Sol system. The diplomatic delegation had one task; to keep the negotiations going for as long as possible.


While the diplomats wrangled in Havana, the Martians completed the conquest of Jupiter's orbital infrastructure, taking over stations and moon based facilities on Ganymede, Io, and Callisto. Earth's diplomats protested vigorously but as there had been little bloodshed and Martian representatives encouraged the idea that these were merely efforts to improve the Martian bargaining position, talks continued.

By 2135, the gas giants were almost entirely in the control of the Martians except for some minor strongholds on the isolated moons of Enceladus and Dione. Both satellites were treasure troves of ice, and when a Martian cruiser squadron appeared in orbit above Dione, the United Nations sent the Mars delegation packing and declared war on Mars. The ensuing conflict raged for two years, but the outcome was never really in doubt. Earth too, had been playing for time. While the Martians were focused on the conquest of Sol's gas giants, Earth had secretly built an armada. Starship skirmishes in the early phases of the war cleared the skies of Martian warships. In October of 2136, a Terran fleet of ships from twenty-five different Earth nations under the command of Belgian Admiral James Hanser crossed over from Earth and made a landing on Mars. This included a corps of experimental orbital jump infantry which seized the necessary landing zones in the first hours of the operation.  Massive Terran landing ships powered through the atmosphere to the landing zones to disgorge whole brigades of troops and fighting vehicles. The Earth forces quickly took control of a broad swath of eastern Mars and began battling toward the Ammanian  Citadel at Fantatoul. The Citadel finally fell in late November of 2137, effectively ending principate rule.


In the decades that followed, the Ammanian Martians suffered. Confiscation of real estate and personal property from private Ammanians as reparations for the war was a regular feature of Martian life. To escape the persecution and grinding poverty, many Ammanians abandoned Mars and joined the colonies in distant starsystems. But they did not leave their faith, and wherever they went, the Ammanian and Aparatic beliefs survived.

As the Second Sol Jihad war drew to a close, the victors drew up plans for a safer solar system. The Society of System Nations Mandate directed reductions to trade barriers, fair adjustment of colonies, and restricted national self-determination to reduce the economic, religious and nationalist sentiments that lead to war. The new order would be governed by a new international organization comprising representatives of all the solar system's nations, including Mars. All of the planets of Sol were now united under the banner of the Society of Systems (SSN), leaving Terran society free to explore and colonize their little corner of the galaxy.

Elsewhere in the galaxy...