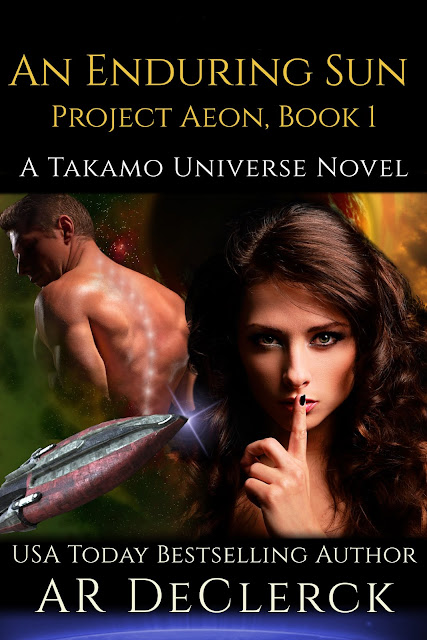 ERCA Rangers Mixing It Up With Truppen Cyborgs On The Run

Sharyn Moran joined the Rangers to save innocent lives. Her personal vow is to never see another broken child in the ERCA Territories again. When she is caught stealing a bike on her newest mission, she’s sure she is about to be turned over to her enemies. Surprisingly, a stranger offers to help her, but after an accident in the desert, they end up at his isolated home with his family.

It’s clear that Ren and his brothers are hiding from something and, more than most, Sharyn knows how hard it is to keep secrets. She senses that the brothers and their father have all been through a terrible ordeal, but hesitates to invade their precious privacy. However, the longer she is with them, the more she begins to care for them. She starts to imagine a life with Ren, even if it can only be an impossible dream.

When Sharyn and Ren get sighted together through facial recognition, Ren’s enemies know exactly how to flush out their quarry. They will kidnap, murder, and torture their way across the galaxy to accomplish their final goal. Ren knows the only way to stop them is to face what he is…what he was….and what he might become…. to save Sharyn and the rest of the galaxy from the rising tide of death and destruction in their wake.

Yes, it's got romance, but what classic sci-fi doesn't? For those manly men amongst us who want gritty sci-fi adventure, this is the book. It is classic sci-fi from the perspective of a woman, but what a woman! This chick is an ERCA Ranger running Spec Ops for a shady guy named Decklan. You know, the guy who says 'Sorry, this assignment is bad, real bad, and you're probably gonna die, but your the only one available. So good luck and don't die.'

The guys she runs into aren't exactly daffodils either. There the kind that can make you dead five minutes before you figure it out. And the bad guys, holy moly! These guys are angry, really angry. And they are clanker cyborgs that want every living thing dead, and besides that, they've got a grudge against the not daffodil dudes.  This is gonna get ugly.

ERCA is a small empire scattered among the mostly uncharted regions west of the Rissid Agricultural Corporation. ERCA is an empire that is really a corporation; an agriculture business that grows commodities and trades them across the southcentral regions of the galaxy.  Rissid is a much bigger ag-focused corporation that does not like competition (read ERCA). Decklan and his shadowy organization spend most of their time trying to keep ERCA from being crushed or swallowed whole by Rissid. But when Sharyn runs across Ren and his family, Decklan's focus shifts to Terra, the human regions to the west.

In real life, well, sort of real life, ERCA is an empire run by a real-life person in the demonstration game Takamo that is running right now. I like to think of him as Decklan. You'll also learn more information about Truppen, Reittians, the Hiero Takatu Empire, Stelltron, and the First Consular War. It's Like Christmas!

This Novel Is Both Classic Sci-Fi And Romance

Follow the Link on the right side of the blog to get your copy. Don't Miss Out!